FOOTBALL YOUTH CATEGORIES SUMMIT
Within the context of the Taça BH (naming rights Supermercados BH in 2017), which takes place in Belo Horizonte annually and is the most relevant U-17 soccer tournament in Brazil, the Football Youth Categories Summit was held in 2017. The event, which took place on from July 13 to 15, 2017, in Belo Horizonte, was a successful reflection on many aspects related to the youth categories in football.

With lecturers who are renowned nationally and internationally, some of the discussion topics were: the conquest of Olympic gold medal by the Brazilian football squad in 2016, prospecting and development of talent, legal aspects of the youth categories, the business spectrum of athletes in youth categories and press relations, amongst others.

The methodology of the event merged lectures, opportunities for debates on the themes exposed (interactive cycle) and active networking dynamics (approaching dynamics), so that audience members could interact and exchange experiences and contact information. Such was the success of the Football Youth Categories Summit, that, as of 2019, yearly editions of the event will be held, always in the context of the Taça BH, and with the support of the Football Federation of Minas Gerais. 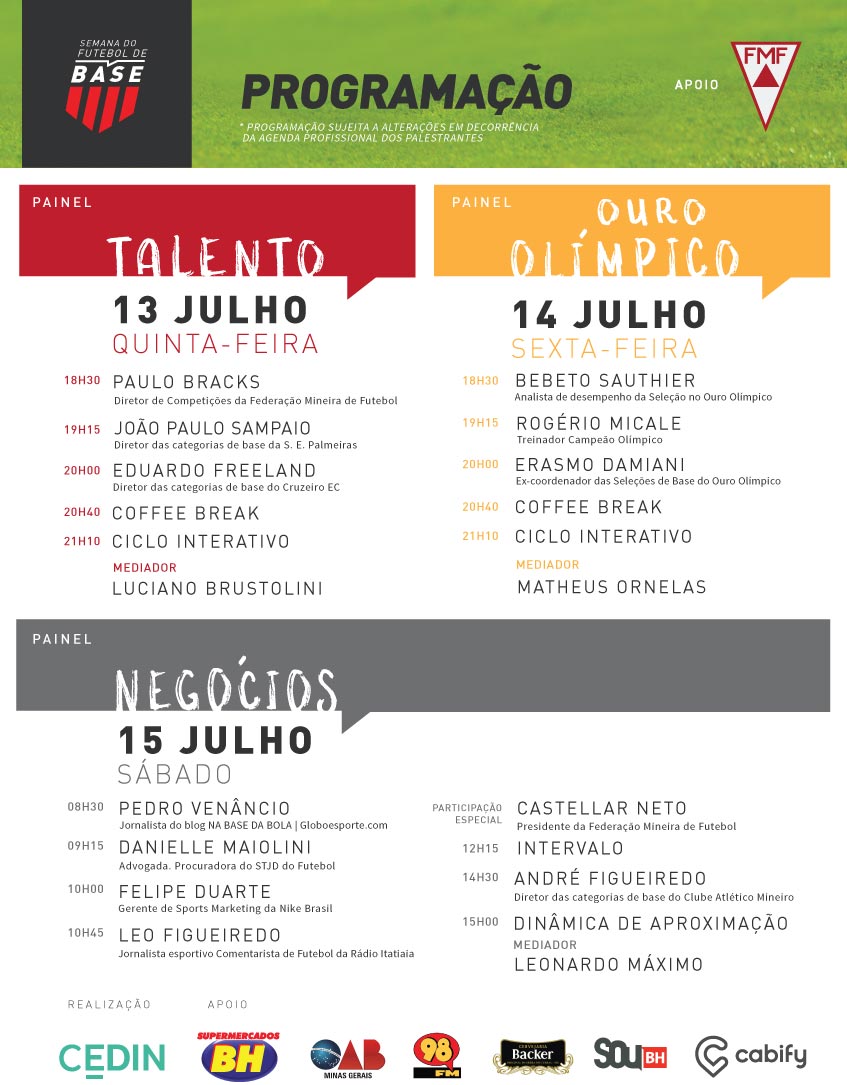